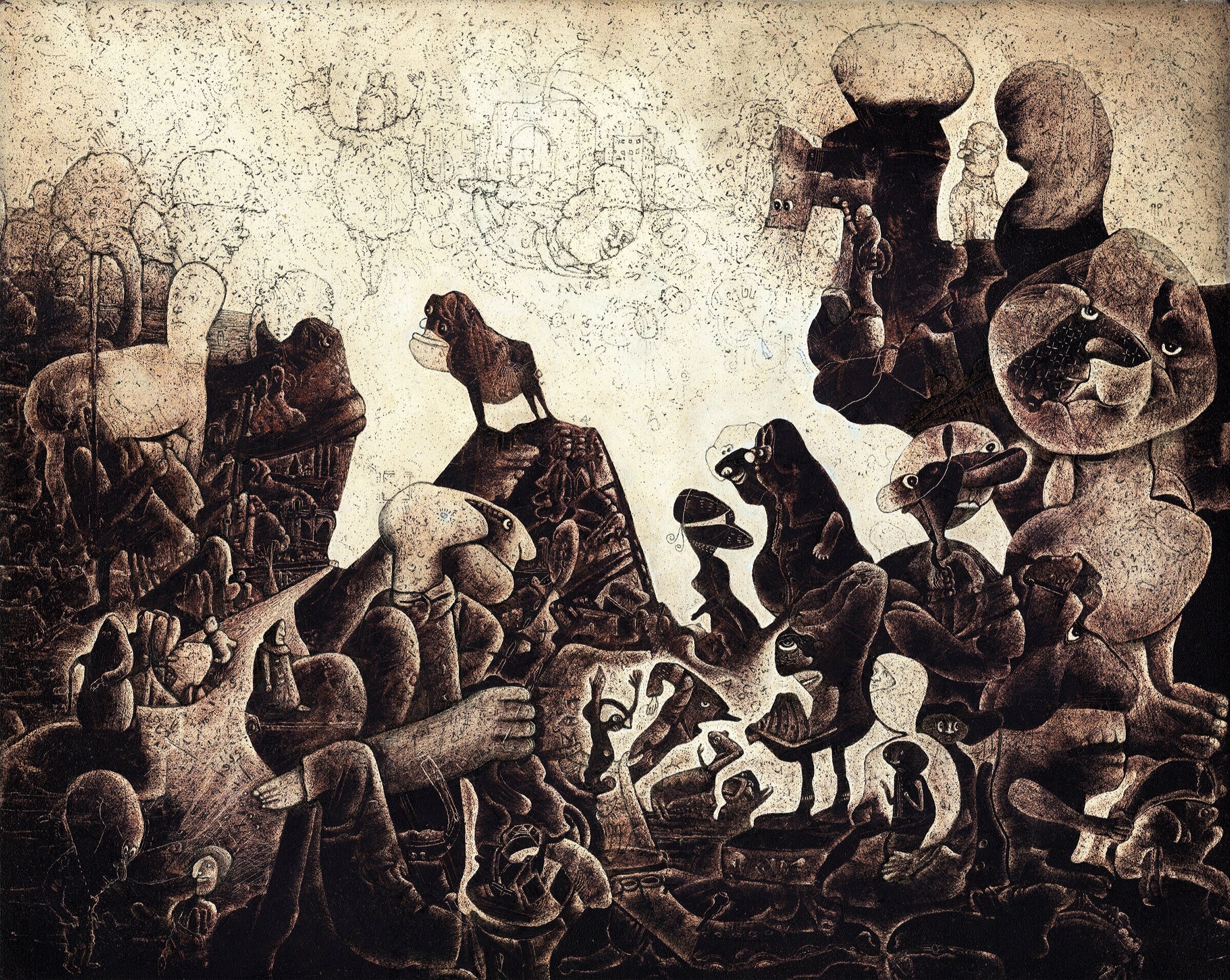 Lawrence Tarpey’s method is spontaneous. He does not use studies; nothing about his work is premeditated except his process, of which he has developed his own, combining painting, drawing, etching, and sanding. He starts with a blank slate, typically claybord or gessobord, and covers it with oil paint, scraping the surface with razor blades as it dries to create ambiguous, organic shapes on which the rest of the composition is built. This process allows his imagination to gradually unfold, until a sprawling, atmospheric dreamscape emerges. Much in the same way dreams come to us in unconscious states, Tarpey lets his intuition take over, allowing his process to take him on a journey without knowing the destination.

The artist’s studio is a manifestation of his mind. A bin, full to the brim of finished works piled haphazardly on top of each other, sits next to his worktable. Teeming with paintings in various stages of development, Tarpey’s studio is an ode to a man endlessly honing his craft. Inspiration imbues him with a continual need to produce work, akin to automatic writing, resulting in loosely figurative subject matter anchored in alternate realities.

Lawrence Tarpey is an artist, musician, and longtime resident of Lexington, Kentucky. Primarily a self-taught artist, Tarpey has been painting and drawing for well over three decades. Beginning early in the 1980s, Tarpey was a crucial part of the Lexington music scene as the founder and member of punk outfits such as Active Ingredients, The Resurrected Bloated Floaters, Born Joey, and Rabby Feeber. His current band, The Yellow Belts, is a 1970s-influenced garage punk band, and his most recent musical project is an original rock band called The CRISPRS.