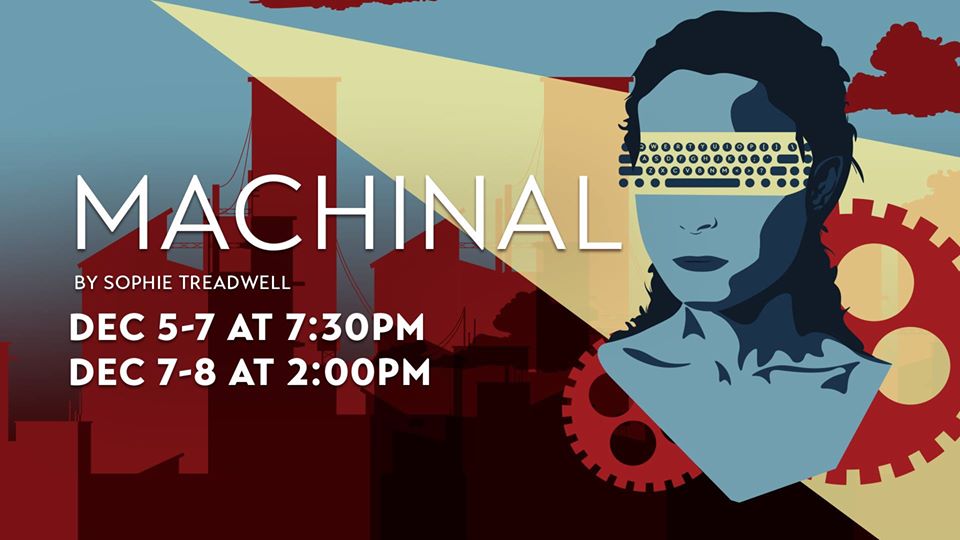 "The Plot is the story of a woman who murders her husband - an ordinary young woman, any woman."

So begins Sophie Treadwell's Expressionistic play about a woman’s monotonous life in the “machine” of industrialized capitalism. An unflinching and poignant examination of the working class, Machinal tells its social commentary in an evocatively theatrical way – unafraid to dive into topics like homosexuality and abortion, this groundbreaking work premiered nearly a century ago and still resonates to the 21st century audience.

Machinal is presented through special arrangement with The Roman Catholic Church Diocese of Tucson.