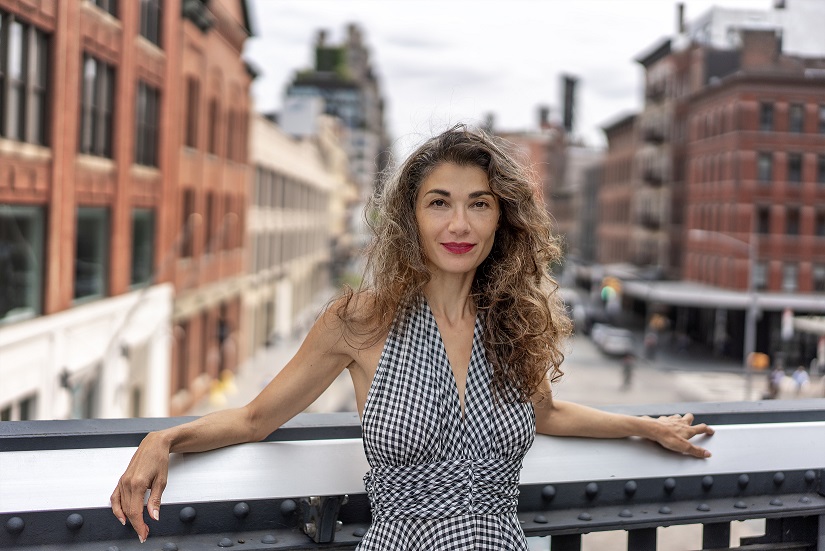 Elinor Carucci lives an examined life. As a teenager in Israel, she began photographing her mother, father and grandparents with intimacy and openness about the human body that reflects the culture in which she was raised. In the years that followed, she documented milestones along the way: immigrating to New York in her 20s and working as a belly dancer; her visceral connection to her children when she became a mother in her 30s; a crisis in her marriage. Her most recent book, Midlife, examines her transforming body and evolving relationships with her husband and her twins, now teenagers themselves.

“I am interested in vulnerability and I often feel that the images I create of my own pain and vulnerability are my way of reaching out to the world and asking people to connect and open up to me,” she says. “We’re all imperfect and we’re not alone in our pain and imperfections.” Her view of herself is unflinching. Hair dye smudges her forehead as she covers the gray and she sees craggy mountains in a closeup view of her knuckles. Not many artists would wake up from a hysterectomy and insist on photographing her uterus, fleshy and sanguine, as though still viable.

In Carucci’s photographs, she and close family members connect with and circle each other as though in a dance. In the short film Survival Mode, made during the initial Covid-19 lockdown in New York, Carucci reveals the stress of living in New York under siege, but also exposes how skillfully she choreographs her work to create images that appear spontaneous.

Carucci’s photography is included in the collections of the Brooklyn Museum of Art and Museum of Modern Art, New York; the Museum of Fine Arts, Houston, Texas; and the Haifa Museum of Art, Israel, among other institutions. She has received an International Center of Photography Infinity Award and a Guggenheim Fellowship and was named a New York Foundation for the Arts Fellow in Photography. She has published four monographs: Closer (2002), Diary of a Dancer (2005), MOTHER (2013), and Midlife (2019). Her work has also appeared in the New York Times Magazine, The New Yorker, Details, and New York magazine

This live lecture is free and available at 4 p.m., Friday, March 5, on Zoom. Participants must preregister.