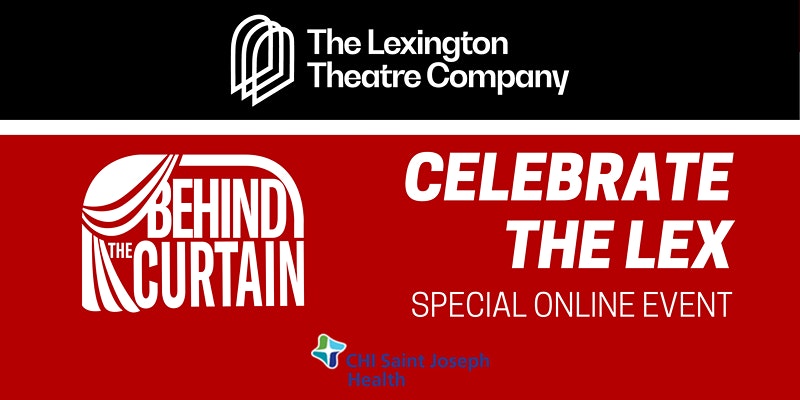 Behind the Curtain: Celebrate The Lex

Join The Lexington Theatre Company for a virtual look “Behind the Curtain” of the first five seasons of The Lex - Saturday, March 27, 7:00-8:30pm (Eastern Time). From 42nd Street to Sondheim on Sondheim, celebrate with an evening of music, memories and magic from the original performers and creatives of The Lex productions.

Add to your experience with a special “Big Apple” inspired dinner by Chef Ouita Michel. Options include a Three Course Dinner (for one), Family Dinner (for four), NYC Snack Pack and three fabulous cocktails-to-go. Dinners will be available for pick-up at Zim’s Cafe in downtown, Lexington.

Thanks to our sponsor, CHI Saint Joseph Health - an organization that has supported The Lex from the very start. And thanks to Chef Ouita Michel for supporting The Lex. A portion of the dinner proceeds will be donated to The Lex.

Enjoy the shared experience of theatre...from the comfort of your home!