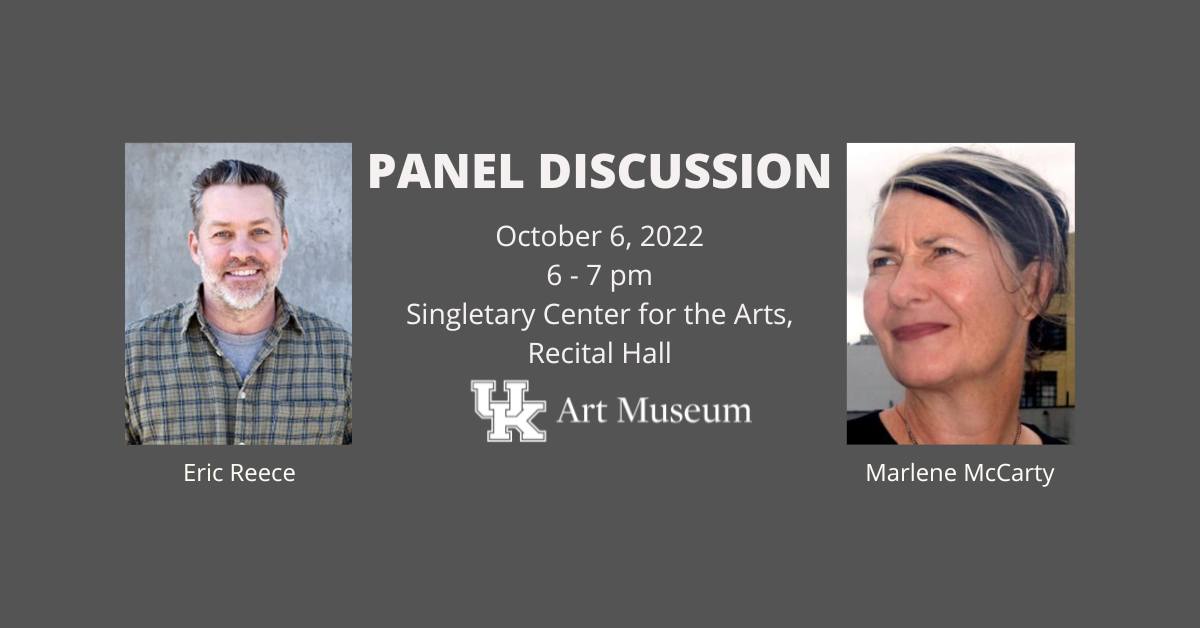 Singletary Center for the Arts

In conjunction with her exhibition, "Thicker than Water", artist Marlene McCarty talks about image-making and evolution with author/UK professor Erik Reece and Museum Director Stuart Horodner.

Marlene McCarty is known for her drawings that examine aspects of sexuality, articulation of power, and social formation. Her exhibition, "Thicker Than Water", includes a monumental drawing that shows male and female caregivers who nurse, comfort, and communicate with several chimpanzees. The humans are partially nude, reducing the differences between themselves and the chimps, and suggesting a clear lineage and inter-species intimacy.

McCarty was a member of the AIDS activist collective Gran Fury and was the co-founder of the trans-disciplinary design studio Bureau, along with Donald Moffett. Her work is in the collection of institutions including the Brooklyn Museum; the Museum of Modern Art, New York; and the Museum of Contemporary Art, Los Angeles, among others.

Erik Reece is the author of "An American Gospel: On Family, History and the Kingdom of God" and "Lost Mountain: A Year in the Vanishing Wilderness", which won Columbia University's John. B. Oakes Award for Distinguished Environmental Journalism and the Sierra Club's David R. Brower Award for Environmental Excellence.

In his new book, "A Theory of Grandeur", Reece retraces Charles Darwin's voyage through the Galapagos Islands, while simultaneously recounting the dramatic events of the infamous Scopes Monkey Trial, a trial that changed the course of public education and public opinion regarding evolution, religion and freedom of speech. John Scopes grew up in Paducah and graduated from the University of Kentucky. His teacher, the great zoologist, William Funkhouser, helped catalog some of the specimens Darwin brought back. In 1924, UK president, Frank McVey, convinced the Kentucky legislature to reject anti-evolution laws for public schools, which then sent the fight to Tennessee, where Scopes and his lawyer, Clarence Darrow, took it up.