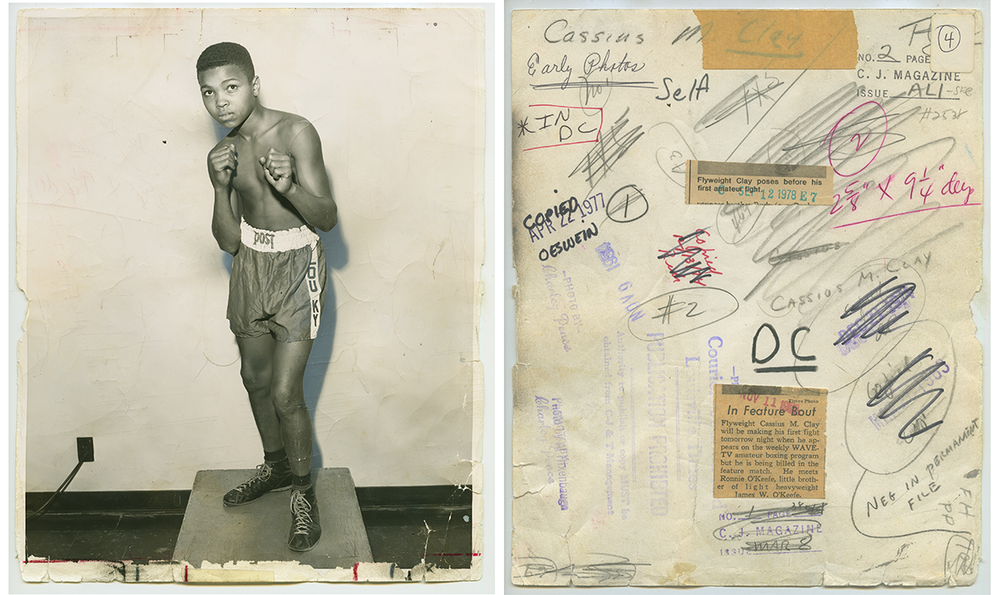 Muhammad Ali: Through The Years

Boyd's Station Gallery, the community exhibition space in Cynthiana, Kentucky, and part of the nonprofit organization Boyd's Station, is proud to showcase nearly sixty years of Muhammad Ali photographs by Louisville Courier-Journal photographers curated from the newspaper archives.  This thirty-image photographic exhibition documenting Muhammad Ali's early life captured in beautiful black and white images along with remarkable color imagery following Ali's funeral procession through the streets of Louisville after Ali's death on June 3, 2016, includes many rarely seen images from the early life and career of "The Greatest of All Time."

This historic Muhammad Ali showcase of work by photographers from The Courier-Journal photographers spanning six decades is on exhibition from November 4 through December 4, 2022.

The opening reception will be hosted at Boyd's Station Gallery on Friday, November 4 from 6-9 pm.

All events and gallery visits are always free and open to the public.

Muhammad Ali, born Cassius Marcellus Clay Jr. in Louisville on January 17, 1942, was an American professional boxer, activist, and philanthropist. Nicknamed "The Greatest", he is regarded as one of the most significant sports figures of the 20th century and is frequently ranked as the greatest heavyweight boxer of all time. Ali remains the only three-time champion of that division.

The great boxing legend and Louisville native Muhammad Ali had a long relationship with the Courier-Journal. From the first photograph as a twelve-year-old flyweight in 1954 until his passing in 2016, Courier-Journal photographers were on hand to document his life. In Louisville, Florida, Los Angeles, Pennsylvania, Michigan, New Jersey, and the Bahamas, in the ring, training in the fog, or waking in the morning at home, Courier-Journal photographers were ever-present. An amazing collection of Ali on film remains from his illustrious career. The results are this very rare and exclusive collection of extraordinarily intimate, intense, and simply stunning photographs.