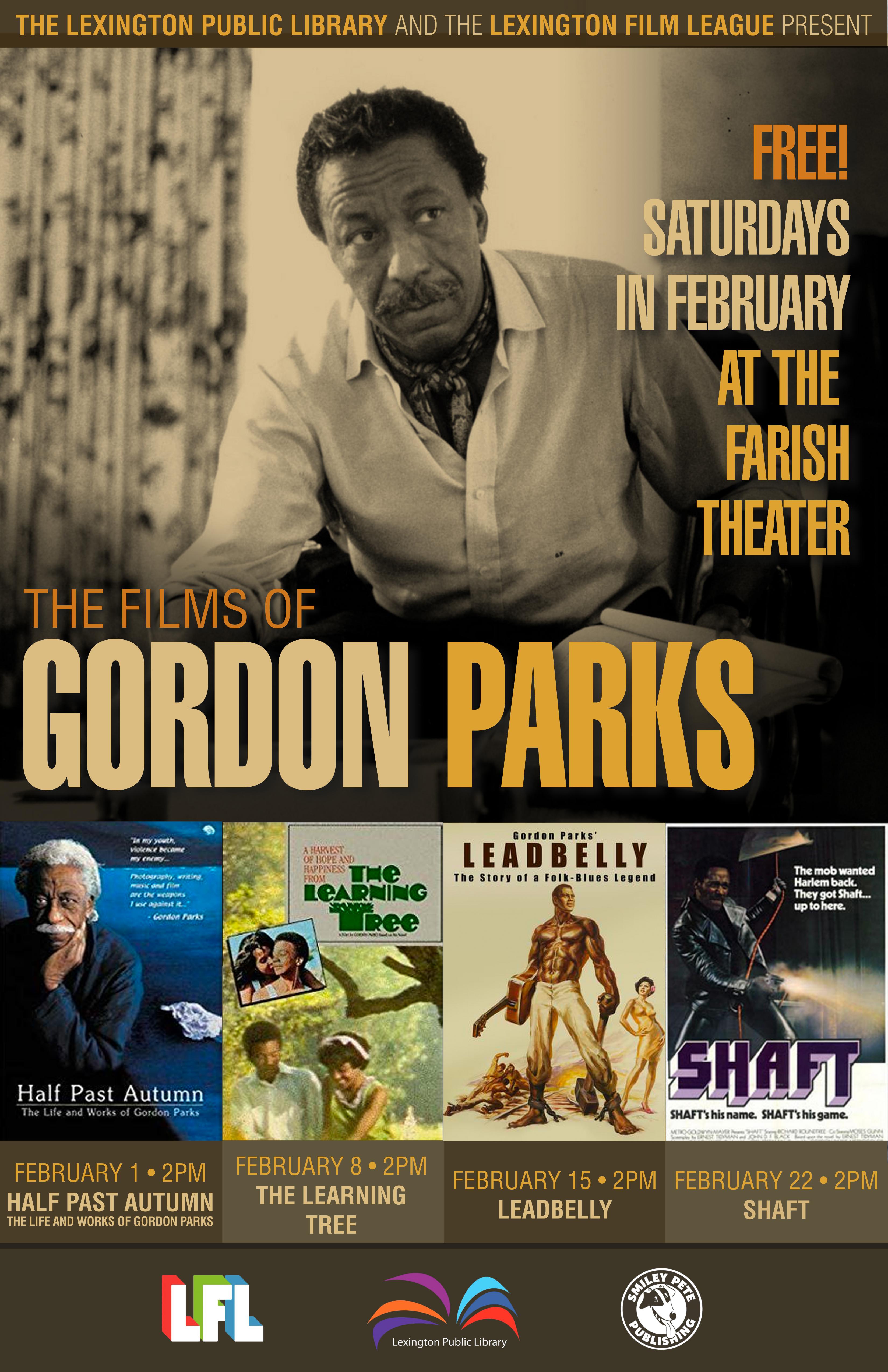 The Films of Gordon Parks

“He is often called a ‘Renaissance man’ because he worked in so many different media, but I like to refer to him as a humanitarian artist who used whatever medium he could to have an impact.”

Born on November 30, 1912 in Fort Scott, Kansas, Gordon Parks is best known as one of the greatest photographers of the 20th Century. But the sensitive eye, compelling personal style, and profound humanity that first made him a giant of photojournalism translated equally well to the silver screen. We are thrilled to have an opportunity to screen three of his most acclaimed films, THE LEARNING TREE, LEADBELLY, and SHAFT, as well as a documentary about his life and work.

Saturday, February 1 @ 2 pm: HALF PAST AUTUMN: THE LIFE AND WORKS OF GORDON PARKS (2000) An intimate look at the life and career of Gordon Parks and his work in photography, literature, journalism, music, publishing, and film told through the lens of the 1990's travelling retrospective of the same name.

Saturday, February 8 @ 2 pm: THE LEARNING TREE (1969) A landmark motion picture based on Parks' semi-autobiographical novel of the same name, The Learning Tree was the first major Hollywood film to be helmed by a black director. In addition to writing and directing this coming-of-age tale set in his home state of Kansas in the 1920's, Parks produced the picture and composed the soundtrack.

Saturday, February 22 @ 2 pm: SHAFT (1971) John Shaft (Richard Roundtree) is the man that would risk his neck for his brother man. He's the cat that won't cop out when there's danger all about. Can ya dig it?