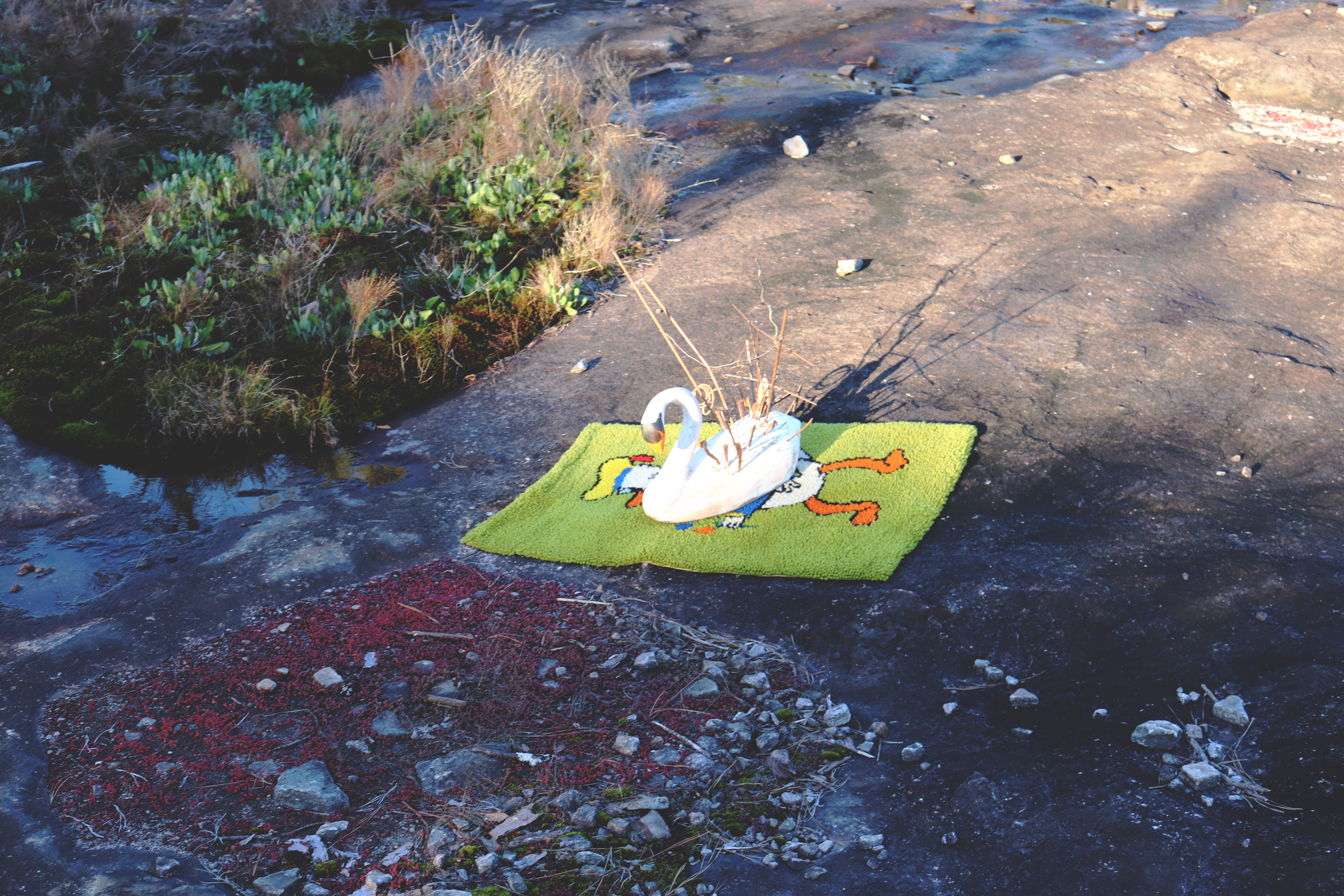 Y. Malik Jalal: Altars to the Liver at Institute 193

Institute 193 is pleased to announce the opening of Altars to the Liver, showcasing Y. Malik Jalal's most recent body of work, curated by freelance curator Daniel Fuller.

I think a lot about the Sloss Furnaces. If you have ever driven AL-20, just before downtown Birmingham you've spotted the corroded furnaces shipwrecked here on earth. In their day, they must have looked invincible. That time is gone, forever, and now this shocking fallen world remains a constant reminder. This site built the America we now know. Starting in 1882, Alabama coal and ore were brought here to be transformed into the steel that would become skyscrapers transforming the New York City skyline and fueling Detroit's automotive industry. In the first ten years of operation, pig iron production in the state grew to 706,629 gross tons. Birmingham carried with it the weight of the world.

Seventeen years after the Civil War, Birmingham's iron and steel industrial workforce was 65% black (by 1910, 75%) and many of the workers came from convicted laborers programs, working in involuntary servitude. Charges as bogus as loitering, vagrancy, or grand theft (anything worth $10 or more) would land a man in a "labor gang." By 1941 when the US entered World War II, and the big boilers were humming, black workers far outnumbered white workers on the dangerous blast furnaces. Slavery hadn't been eradicated; it just had a different face. It's all a story as old as America itself: great wealth amassed off the backs of black labor.

Steel and iron are potent symbols of power. They are statements of stability. Volatile forces of nature standing up to the mercy of the weather and human erosion. They are both familiar and unseen. Like all of us, Sloss Furnaces is bursting with contrasts and endless contradictions; the materials produced there are anchored like ghosts trapped in the basement. To probe the history of domestic steel and iron is to lay bare the fragility of our collective national identity.

Combining steel, painting, sculptural assemblages, earth, and rust, Y. Malik Jalal (born 1994 in Savannah, GA; lives and works in Atlanta, GA) has its aesthetic roots in this Southern legacy. His objects phase between deconstruction and reconstruction, between his own identity and a larger cultural collective. His works can rewrite their own customs and expand their own legacies. Around every corner, there is the opportunity to learn both from and with Jalal. The works announce themselves, not as stand-ins for a body but as substitutes for nations, religions, or identities.

Jalal’s most recent works, debuting in Lexington, are accumulations of metal objects welded tightly together, reassembled into cylindrical discs, reminiscent of ikegobo sculptures from the royal kingdom of Benin. These “altars to the hand” are cast in either wood or brass, depending on the status within the hierarchy in the kingdom, serve as markers of success. These may be given to commemorate a man's skill with tools, his economic success, and an ability to triumph in physical contests. A family may be given an ikegobo as part of a marriage ceremony to cement political alliances. Both the works by Jalal and those from Benin are legless stools placed upon an alter stand, or at Institute 193, a pedestal. Jalal’s works are intuitive and unpredictable gestures that invoke the here and now with Birmingham, Birmingham intertwining with African history.

Y. Malik Jalal is an artist based in Atlanta, GA. He received his BA in Studio Art from Oglethorpe University in 2016. Jalal was born in Savannah, GA, and raised in the Atlanta suburbs. He has had recent solo exhibitions at Atlanta Contemporary; Delaplane, San Francisco, and Alabama Contemporary, in Mobile. In both 2020 and 2018, his work was included in a two-person show at Hi-Lo Press and at group exhibitions at Mint, Mast, Swan Coach House, and The Gallery by Wish. His first book, A Brief History of the World Vol. 1, was published in 2020 in conjunction with For Keeps Books, Atlanta.